eSport: Gaming is becoming a megatrend

Despite the Corona pandemic, or perhaps because of it, the 𝚎𝚂𝚙𝚘𝚛𝚝 is seeing big gains. Forecasts expect sales to triple in this area by the end of 2022. While people in this country are still debating how far eSports really are sports, the rest of the world has already recognized the potential of the industry. It comes as no surprise that the world's first gaming hotel has opened in the Taiwanese city of Taoyuan.

And meanwhile eSport has also arrived in Europe: An eSports hotel has already opened its doors in Amsterdam. The Arcade Hotel in the heart of the Dutch city not only offers chic accommodation for travelers, it also has everything on board that makes gamers' hearts beat faster.

The eSports scene is also growing continuously in German-speaking countries. We as RATKO MEDIENAGENTUR do not want to miss this trend and would like to make the probably coolest sport in the world more popular and bring it closer to you in the future, and not only in the Lechtal. How? We will tell you more about that soon... 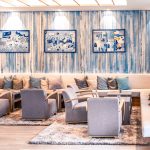